Aboard the USS Hornet

Today we went to the USS Hornet in Alameda. According to Wikipedia, the USS Hornet was a United States Navy aircraft carrier that played a major part in World War II, as well as the Vietnam War and the Apollo missions.

Once inside the museum, we had access to three decks, including a flight deck. The ship felt massive and cramped all at once. I can’t imagine what it must have been like to be a sailor and confined to such small quarters.

Since the lower deck was largely inaccessible while carrying a child, I explored most of the ship myself. At times, I couldn’t hear or see anyone and it was eerily quiet. Combine that with my claustrophobia and with the boat’s history and you get one spooky experience.

It was hard to keep my overactive imagination from visualizing Titanic-esque flooding and sinking to the bottom of the sea. The sick bay was probably the most anxiety-inducing, though. How many people have died here? All good, clean fun for the whole family, right? 🙂

I wanted to check out Crown State Memorial Beach and Crab Cove, which are nearby, but we didn’t make it there. Instead we went to this cute hole-in-the-wall hot dog joint cheekily named “Doggy-Style Hot Dogs.” I succumbed to the novelty of Asian fusion hot dogs and ended up getting a pyro dog which was a hot link with kimchi, pickled cucumbers, and spicy mayo. It was tasty. Mike got a dirty south dog which was basically a glorified chili cheese dog (don’t get me wrong though, it was delicious).

Today was a good day! 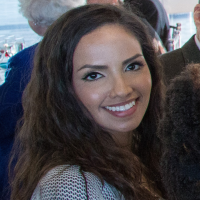